Like many who lived through the assassination of President John F. Kennedy, we paused this past November 22nd to remember the shock and horror we suffered when a duly elected President of our nation was taken from us by another human being (and/or others) who didn’t approve of the nation’s choice for President.

Because we vividly remember the turmoil his death caused in our nation, we wrote our third suspense novel The Camelot Conspiracy about TV reporter Kat Kowicki who discovered that Lee Harvey Oswald had purchased in Chicago, the rifle he used to kill Kennedy. Using Kat’s research concerning Oswald’s purchase, we summarize much historical evidence of the assassination and add some fictional details to create an exciting thriller. The digital/Kindle version of The Camelot Conspiracy is available at Amazon.com for just $2.99. And you can order your signed copy from our website at www.DianeAndDavidMunson.com

As we have commemorated this anniversary, we also celebrate the approaching christening of our newest Navy aircraft carrier, which will occur on this Pearl Harbor day, December 7th. The John F. Kennedy, which cost $11 Billion to build in Newport News, VA, will be the nation’s second Gerald R. Ford-class carrier.

Blessings, and have a wonderful Thanksgiving,

Diane, a former federal prosecutor and David, a former Special Agent with NCIS and DEA, have written eleven novels influenced by their exciting and dangerous careers and are currently working on their twelfth.

Upcoming In-Person Events – Come visit us at one of the events below. 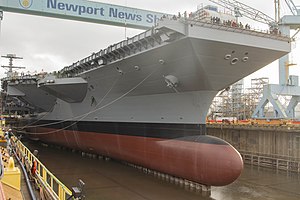