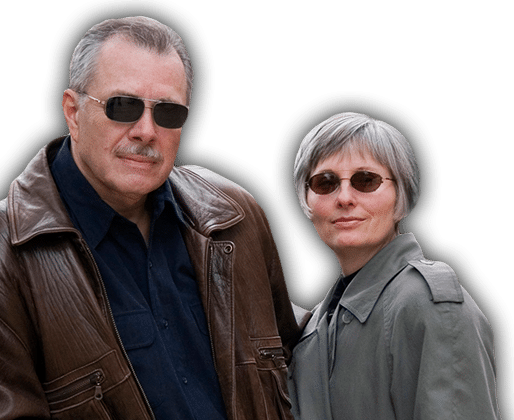 Find out what happens when Federal Agent Eva Montanna, usually the hunter becomes the prey. Is it a determined foreign enemy, or someone with a personal vendetta against her? 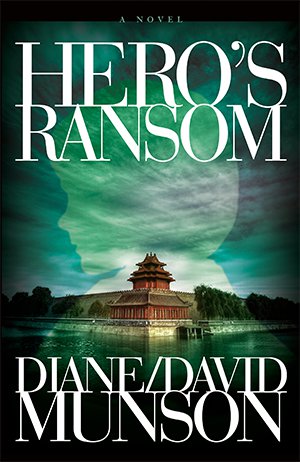 by Diane And David Munson

Could Chinese espionage disrupt your hometown?

CIA Agent Bo Rider (The Camelot Conspiracy) and Federal Agents Eva Montanna and Griff Topping (Facing Justice, Confirming Justice, The Camelot Conspiracy) return in Hero’s Ransom, another of the Munsons’ family-friendly adventures. When archeologist Amber Worthing uncovers a two-thousand-year-old mummy and witnesses a secret rocket launch at a Chinese missile base, she is arrested in China for espionage. Her imprisonment sparks a custody battle between grandparents over her young son, Lucas and Attorney Madison Stone (North by Starlight) comes to the rescue. Caught between sinister world powers, Amber’s faith is tested in ways she never dreamed possible. Danger escalates as Bo races to stop China’s killer satellite from destroying America, and to rescue Amber with Eva’s and Griff’s surprising trickery.

You won’t blink from page one until the end. Could Chinese espionage disrupt your home town?

What People Are Saying…
“Hero’s Ransom holds readers hostage with its crisp writing, brilliant plot and strong emotional appeal. As a big fan of the Munson writing team, I expected a cutting-edge, fast-paced story, but I never expected a can’t-put-it-down book. The political aspects of the plot literally rocket the personal elements of the story into an exciting dimension, as a young boy becomes the pawn in a high-tech game of power…. This story also include a genuine taste of Christianity, as faith and facts meet together in an intriguing way. Hero’s Ransom only releases readers with the turn of the last page.”
—In The Library Reviews

“Hero’s Ransom is an excellent, suspenseful book written by David and Diane Munson. I could hardly put the book down and toward the end, it got suspenseful enough that I was quite literally sitting on the edge of my seat. Just when you think you have it figured out, a new twist is thrown in.”
—Abby, Bookworms Review

“Hero’s Ransom is a riveting novel of intrigue, danger, and faith played out on a world-wide stage. Chillingly relevant to current events, the story begins with a bang (literally!) and never slows down.”
—Robert Whitlow, bestselling author of Deeper Water