Much has happened in American foreign policy during the latter years of the Obama Administration and the transition into the Trump Administration. Recently, President Trump rolled back some of the regulations that President Obama had loosened for the Communist government in Cuba, just ninety miles from Key West, Florida. TheMiami Herald ran a story revealing how Southwest Airlines will stop offering flights to the Cuban cities, Varadero and Santa Clara, as of September 5. 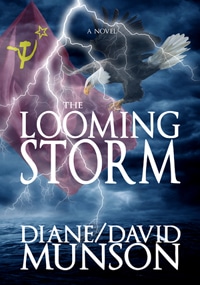 Last September, we released our suspense novel, “The Looming Storm”, where undercover FBI Special Agent Griffin Topping was sneaking into Cuba to conduct unlawful business with a Cuban military officer. Just after the release of our thriller, President Obama changed the regulations that would then permit Griff to fly into Cuba and lawfully do the same business.

President Trump recently announced Americans can no longer travel into Cuba on individual people-to-people excursions, nor can Americans do the things Griff did with the Cuban military. So if our novel were ongoing, Griff would be feeling schizophrenic, as he’d now be reverting from legal trips, back to unlawfully flying as an undercover agent into Cuba’s airspace to again conduct unlawful business.

On July 6, just a day before his meeting with Russia’s President Vladimir Putin, President Trump gave a major speech in Warsaw, Poland, a nation that continues to have strained relations with Russia. So the chess game of international intrigue continues, as we reveal in “The Looming Storm.” We authors of thrillers that include current events cannot even imagine what changes might occur after our thrillers go to print. As a result, we are taking our time in writing the next one!

Our last release is a great summer read for those who like a timely suspense involving Cuba and Russia. It’s available in bookstores, and during July the ebook version will be on sales for just $1.99 on Amazon’s Kindle and Barnes and Noble Nook.

Season 15 will begin on September 26th. Actor Wilmer Valderrama hinted in a recent interview with Parade.com about what is to come in Season 15 for his character, Agent Nick Torres. “It is exciting because you are going to see him (Torres) take ownership of his role on the team and in the squad room, and you are going to see him care more for his team to the point where he will defend each one of its members with his life.”

Wow! This creates a huge buzz and we wonder just where the show will take us, especially with McGee and Gibbs being left behind in Paraguay at the end of the last show. Jennifer Esposito will not be returning as Agent Quinn. Her exit should tighten the drama between the remaining agents. It was our view all of last season that the producers brought in too many agents to fill the void after Michael Weatherly left to start his new TV show. And we understand Special Agent Leroy Jethro Gibbs may find a new interest in the upcoming season, which means he will be returning strong!

Be Blessed, Diane and David Munson